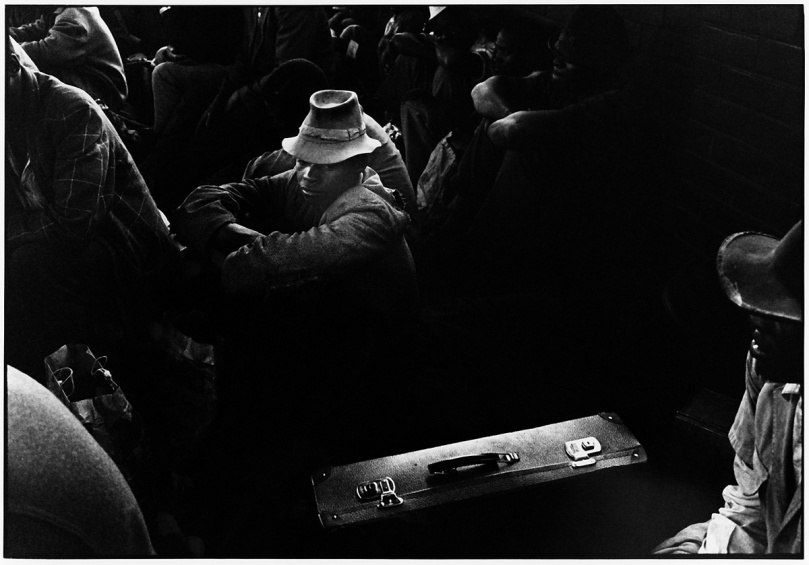 Raised under the same roof we each earned our names, though I have always called him brother. Children of the sun, sprung from what cultured raised, carved bold under the gold pip of Africa’s scepter. The fiery flesh of that mighty watcher  colored us with grace, showered our shoulder with the warmth needed to see family in unfamiliar faces.

“I am because we are,” Ubuntu was sold to us, and value was offered in. Ubuntu was sewn in us with a power of greater kings, threaded into our souls in the taut threads of culture. We were thirsty, young tongues lapping up the streams of what was learned before us. We heard the drums of dreams from the bosom of the bearded men and the tongue of queens who wrapped there crowns around there heads would sing up the sense to stave off evil spirits. Under the same sun we each earned our names, though I have always called him Brother!

My brothers stubborn features refused to forget the blessings of home. Although the cold days and frosty nights of a new world made horse a voice that has forgotten the rhythms of home, his crown remains thick with the coils of a tightly knit family. I’ve never had to ask if Ubuntu remains known to him, his actions have always reminded me that home is never far from his graces. His tongue may be forgetful but the estuaries of his heart echo with the roar of the mighty rivers that nourished our mothers brothers. There is enough of him in us to always learn a new picture of home.

One day he asked me, “Whose brother am I?”

“Whose brother am i?” he asked.

My Brother was lost.

You see it seems to some that he wears a counterfeit crown. Because their pictures of his brothers are painted by men, finite and foolish, they draw borders around love and leave him wanting for a home. They don’t know there is a brush whose strokes paint wonders into a mans heart, words are worth too little to count who is kin to your kind. Be kind to your kin lest your mind swim with waste as you allow tall walls to stifle the flow of a love that runs deep. Brother, they have mistaken prison bars for castle gates, yoked their eyes to there tongue, they have forgotten the warmth that recognizes family in unfamiliar faces, pay them no mind.

I am because we are. Their mothers brother might never have looked like us, every part of their soul shares our spirit. Raised under the same sky each of us must earn our own name, though I would always call them brother. 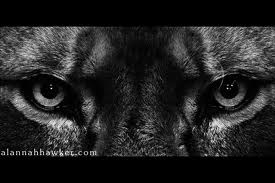 Writing 201 has added a dash of heartache to the days feast of poetic prompts, devices and forms. Day Four has requested a Concrete poem, based on the prompt “Animal” utilising enjambment.

I wake up every morning excited to read the days assignment, I look forward to  toying with ideas for the piece in the spare moments the day provides. I found myself lost in panic today, every time I turned to planning my contribution mind froze. Fortunately all things come to an end, the panic ran its course. It faded away to a whispers and gifted me some peace of mind and a slither of time to fumble a piece into existence, a freewrite. Bravo to the folks at The Daily Post, today was truly a challenge. I had no idea how to share the image, I am not the most technologically competent person, so here is a screenshot of the finished product.Today I was truly tested! Enjoy 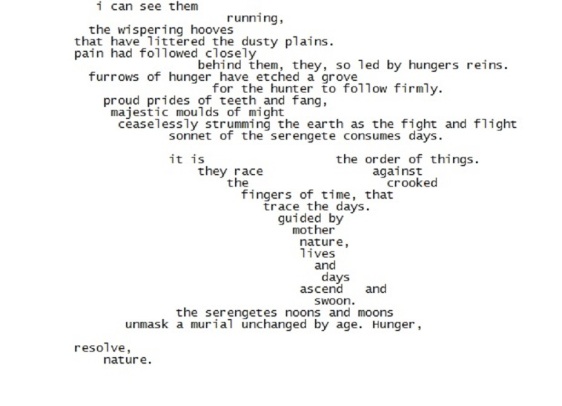